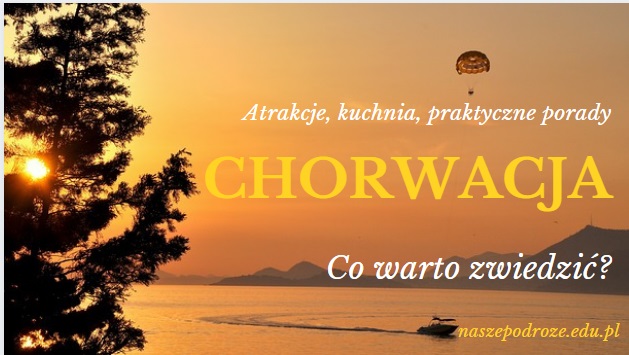 The Republic of Croatia is a small country located on the Adriatic Sea, bordering with Bosnia and Hercegovina, Slovenia, Montenegro, Hungary and Serbia.

It is a country with a very diverse area, the northern part is lowland (Pannonian Plain), while the southern part of Croatia is the Dinaric Mountain with the highest peak in the country Vrh Dinara 1830 m.n.p.m.

Croatia is also unique in terms of the Dalmatian coast. This is the coast of parallel elongated islands along the coast. Croatia should be 1185 islands, large and small. The largest are: Krk, Cres, Brac, Hvar, Korcula and Pag.

The country lies in the zone of the Mediterranean climate on the coast and in the moderate center.

Monuments of of Zagreb:

– Gornji Grad, Gradec – Goren city, founded in the Middle Ages, once served as a commercial function, today there is a range of museums and galleries;
– Trg svetog Brand – houses the political life of Zagreb;
– Crkva sv Katarine – the first baroque building in continental Croatia;
– Kaptol – historical settlement of Zagreb, around Zagreb Cathedral;
– Cathedral of the Assumption of the Blessed Virgin Mary – dominates the Kaptol and around Zagreb. This is the highest ecclesiastical building in Croatia, which has a rich treasury;
– Donji grad – lower town built in the nineteenth century. In the center of modern Zagreb;
– Trg bana Josipa Jelacica– biggest square of the Lower City, the historic point where there is a statue of Jelacic.

One of the popular tourist destinations native people Zagreb but not only are the mountains Medvednica, where on top of the ruins of a medieval castle Medviedgrad.

Zagreb has several partner cities around the world, one of them is located in Krakow.

Park is famous for its 16 karst lakes connected by waterfalls. It is located in the central part of Croatia, approx. 140 km. from Zagreb, and in close proximity to the border with Bosnia and Hercegovina. The park was c

reated in 1949. This park is one of the flagships of the country, is very popular among foreign tourists (a few thousand. Tourists a day during the summer season). The park has several routes depending on the degree of difficulty (the shortest lasts 2 hours, the longest up to 8 hours).

Park includes 14 small islands off the coast of Istria. The park consists of 8 km2. In 1983. the archipelago national park was created. Since 1947. Brijuni Islands belonged to Yugoslavia, Josip Broz Tito

transformed it into his summer residence.

central Dalmatia. The park’s name comes from the largest of the islands of Kornat (area of 36.62 km2, the highest peak of the island is Metlina 237 km2. From 1980. Announced Park Kornati. Most of the island is devoid of vegetation. The archipelago is ideal for boaters, divers and fans of crystal clear water . Visitors can also see dolphins.

Created in 1960. On the Croatian island of Mljet on the southern Adriatic. The island has a length of 37 km in width to 3km. The park covers about 1/3 of the island (5400 hectares). 2 known for its salt lakes connected with the sea and the island of St. Mary in Veliko Jezero.

Park was founded in 1985. in central Dalmatia, in close proximity to Sibenik. Park was created on the middle and lower reaches of the river Krka. Park is famous for its waterfalls created on this river m.in .: Roski Slap and Skradinski Buk. In the center of the Park is Jezero Visovac in the middle of the island is a Franciscan m

onastery founded in 1445r. The park runs ships. In contrast to the Park Plitvice Lakes Park Krka designated space to swim for tourists, near the largest waterfall.

Created 1949. Located in the northern Dalmatia, near Starigrad. Park has an area of 95 km2 and includes the karst canyons of Mala and Velika Paklenica. Near Velika Paklenica is an underground complex built for Josip Broz Tito (the turn of 40 and 50 of the last century). To the park are Voganski Vrh 1757 m.n.p.m. – The highest peak of Velebit and Sveti Brdo 1753 m.n.p.m. However, in the northern part of the Park is a beautiful cave Manita Pec.

Park was established in 1953., Has an area of 30 km2 and is located to the north of Rijeka and approx. 15 km off the coast of Kvarner. Park is famous for its difference in altitude (1000 m), by which the region clashes alpine

mountain climate with mild Adriatic sea. The park is very much alive among animal species white lynx, of which najparwdopodobniej established name of the park.

The park was created in 1999. due to the natural beauty of unspoiled nature. From the park offers a panorama of the Adriatic Sea

including the island of Rab, Pag, Krk, Prvic and Goli. In the park there are ruins, among others, livestock buildings, which testifies to the dwelling areas.